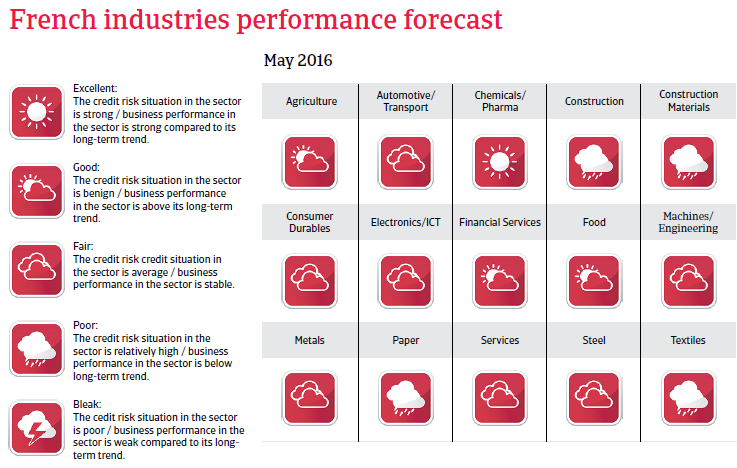 Only a modest decrease in insolvencies expected in 2016 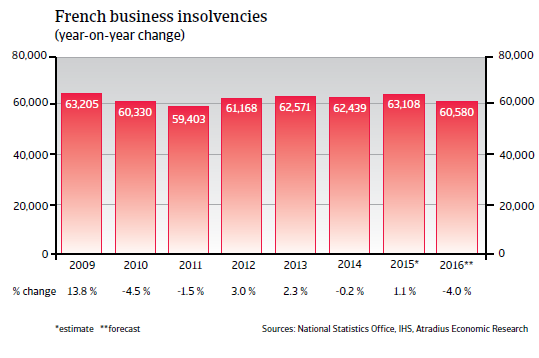 French business insolvencies increased again in 2015. According to the French Central Bank, business failures of very small businesses increased 2.1%, while mid-sized and larger companies registered decreases (5.8% and 16.4% respectively). In light of the modest economic rebound expected in 2016, business failures are expected to decrease 4%. However, with more than 60,000 cases expected, the number of business insolvencies would still be about 10% higher than in 2008. 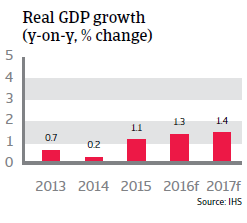 After several years of feeble GDP increases below 1%, in 2016 the French economy is expected to grow 1.1% as private consumption, manufacturing and exports improve. However, this growth rate remains below the eurozone average of 1.5%.

In 2016 economic growth is expected to increase 1.4%, driven by a rebound in investment and industrial production. However, productivity remains an issue in the French manufacturing sector. Private consumption, traditionally a major contributor to French economic growth is sustained by persistent low energy prices. At the same time, the high unemployment rate of more than 10% still hampers household consumption expansion. 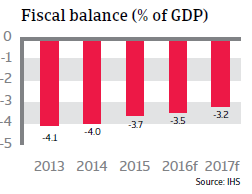 The 2008 credit crisis, subsequent government stimulus measures, and France’s only modest recovery have led to a sharp increase in public debt in recent years, up to 96% of GDP in 2015 from 66.7% of GDP in 2008. The French government has repeatedly missed meeting the Maastricht deficit threshold of 3% of GDP. Despite some austerity programmes, more measures to curb public spending are required, as public spending in France is the highest in the eurozone.

Notably more respondents in France (31.3%) than in Western Europe (22.4%) expect deterioration in their DSO over the next 12 months.

While French business insolvencies are forecast to level off in 2015, it is expected that construction business failures will further increase due to the low economic growth forecast for France.