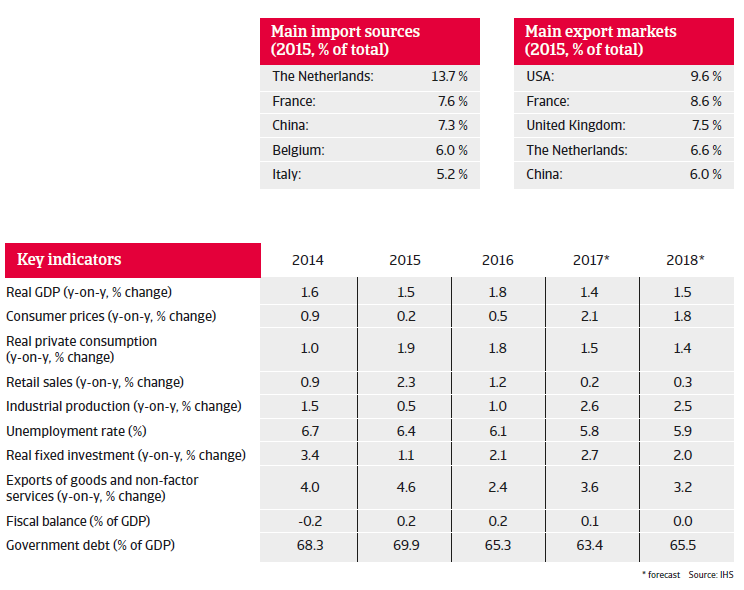 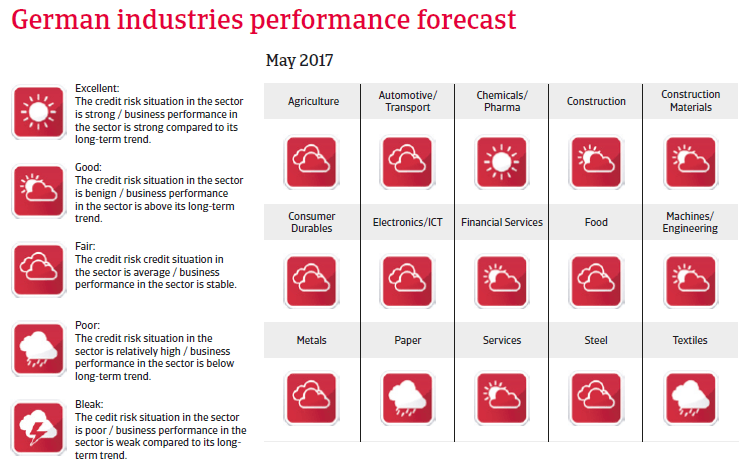 No further insolvency decrease expected in 2017

As a consequence of Germany’s consistent economic performance since 2010, the number of business failures decreased annually. In 2016 business failures decreased by 6.9%, to about 21,500 cases. However, at the same time, creditors´ outstanding claims increased to EUR 27.4 billion in 2016 compared to EUR 17.3 billion in 2015, as more larger and economically relevant businesses failed. In 2017, no substantial insolvency decrease, as seen in previous years, is expected.

Private consumption remains a key driver of growth in 2017 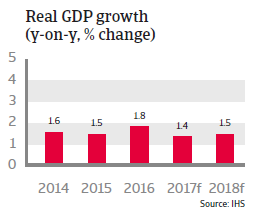 The German economy remains resilient, recording a solid growth rate of 1.8% in 2016. As in 2015 household consumption was a key driver, increasing 1.8% (this is in contrast to previous years, when economic growth was mainly driven by exports). In 2017 private consumption growth is expected to slow down somewhat as consumer prices increase above 2%, but remain sustained by wage growth an decreasing unemployment.

Export growth is expected to accelerate in 2017 as global demand increases and the eurozone rebound continues. At the same time, government expenditures and industrial production will increase further. That said, business investment growth remains relatively weak. 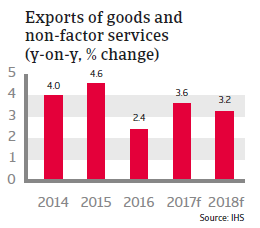 The federal government has achieved slight budget surpluses since 2015, largely due to higher tax revenues and lower government transfer payments for unemployment. In 2017 and 2018 the budget surplus is expected to be maintained. However, depending on the outcome of the September 2017 general elections, public spending could increase further in 2018 and beyond.

Sales are expected to grow further in 2017, but smaller businesses are struggling to cope with the fast growing market leaders and online retailers.