While UK business insolvencies are forecast to increase in 2017 and 2018, the machinery sector is not expected to follow this deteriorating trend. 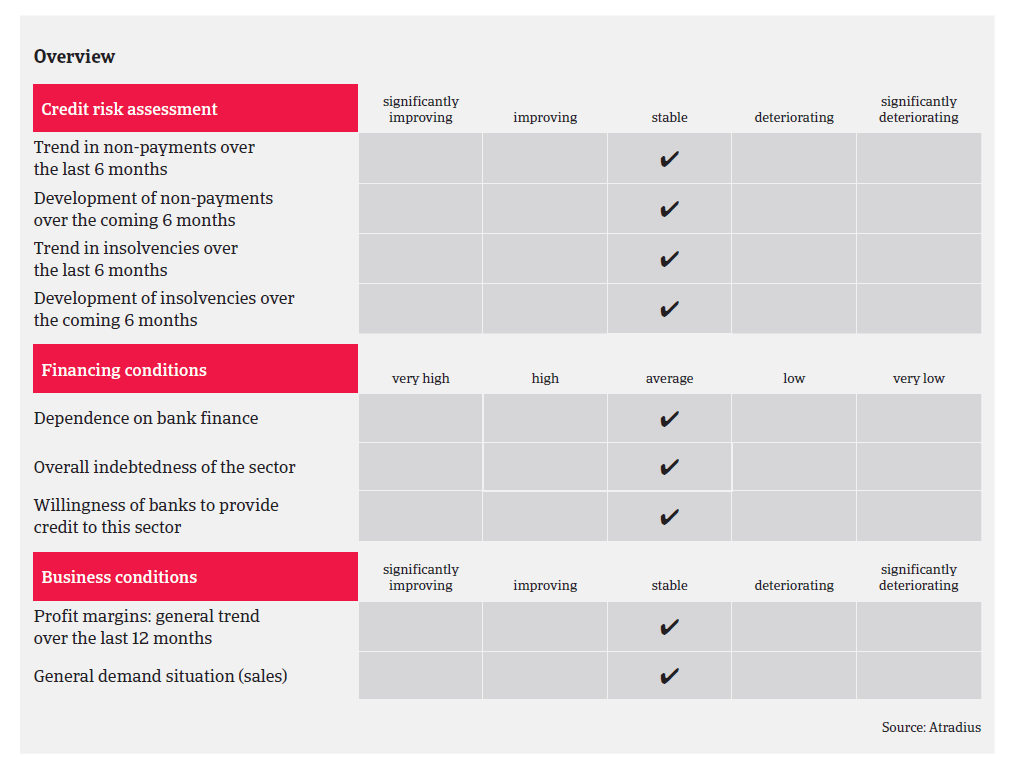 Export-oriented British machinery businesses have benefitted from the weakness of the GBP following the Brexit decision in June 2016, recording higher demand and activity. However, this has to some degree been offset by increasing import costs, while the bulk of British machinery businesses, whose revenue is generated mainly/entirely in the domestic market, is impacted by slower economic growth in the UK and lower capital investments due to increased uncertainty. Real fixed investment growth in the UK slowed down to 0.5% in 2016, and is expected to decrease further, to 0.4% in 2017 and 0.2% in 2018. 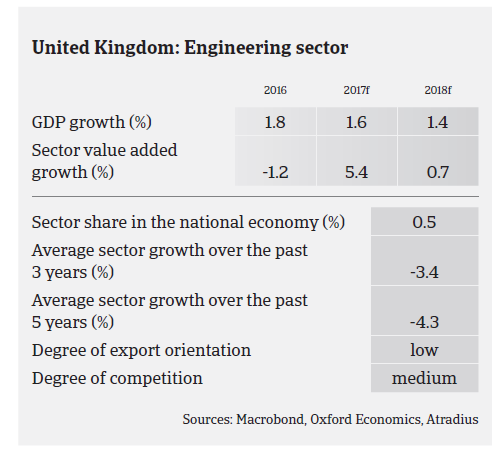 Ultimately, the profitability of individual machinery businesses very much depends on their engineering expertise, efficient production and access to funding. Furthermore, it is heavily influenced by the activity and health of the end markets they supply, such as retail, food and agriculture, construction, oil and gas exploration and power generation. Overall, profit margins have remained fairly stable in the industry over the last 12 months. However, there has been increased pressure on margins for machinery businesses dependent on the oil and gas market, while companies supplying alternative energy growth markets or the nuclear industry have recorded growing profits. Rising energy and steel prices surely have an impact on machinery businesses’ margins, however, in most cases those can be passed on to customers for the time being. While access to funding is certainly key for this capital-intensive sector, obtaining bank loans and tapping into the capital market is currently not an issue for the majority of machinery companies. 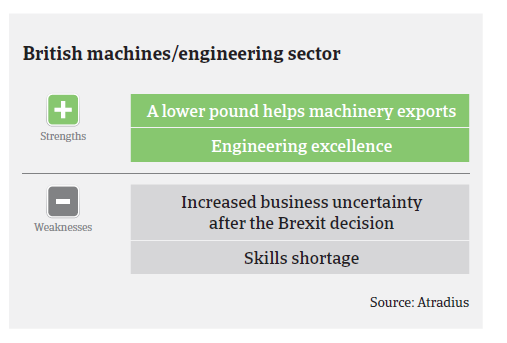 For the time being, our underwriting stance remains generally open to neutral for the machinery sector. However, we closely monitor the on-going Brexit negotiation process and the consequences for the British economy, as the machinery sector is heavily reliant on the domestic market. While the true implications of Brexit still remain to be seen, any sharp increase in economic uncertainty, accompanied by deteriorating fixed capital investment and tighter access to funding, would severely affect the industry.

ICT growth is expected to slow down in 2017 as increased economic uncertainty is affecting household consumption growth and business investments.

The short-term outlook remains satisfying, but Brexit will surely have a major impact on domestic car sales and British car exports in the mid-term.