Compared to the 2016 survey results there has been a reduction in the percentage of both domestic and foreign B2B sales made on credit in the Netherlands.

After parliamentary elections on March 15th and against a backdrop of political uncertainty, the Dutch economy is holding firm. Business and consumer confidence in the Netherlands have seen an upswing and the outlook for insolvencies shows a 3% decline. However, the impact of Brexit and that of US protectionism remain possible reasons for concern.

In 2017, 35% of domestic and foreign B2B sales were made on credit. This means that the Netherlands is fairly open to granting trade credit to B2B customers. 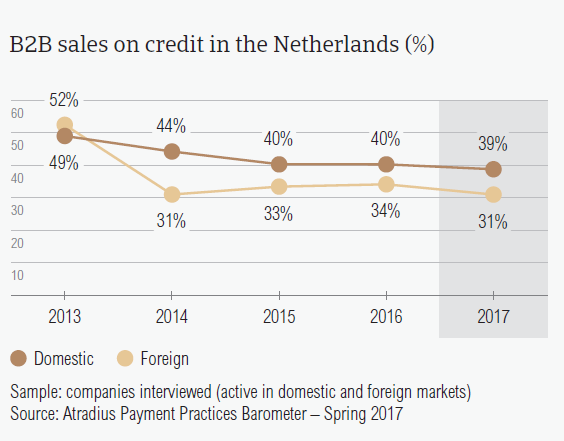 The total value of overdue invoices in the Netherlands (33.7%) increased by almost a percentage point compared to one year ago. However, this is well below the regional average of 41%. 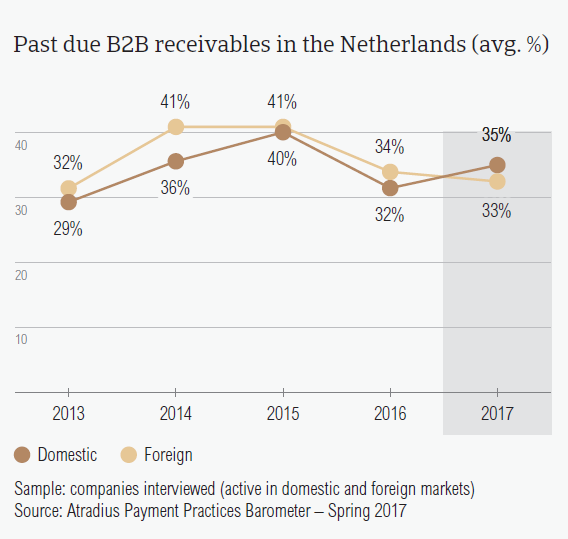 In 2017, respondents in the Netherlands requested faster payment from their domestic and foreign B2B customers. There have been minor changes in average payment delays. 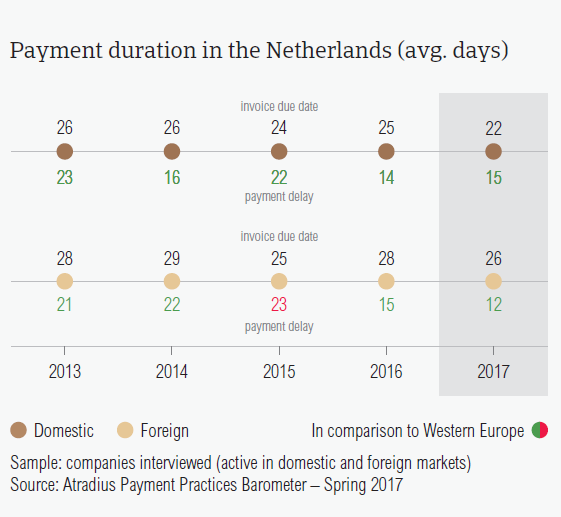 Respondents in the Netherlands, like in the other Western Europe surveyed, reported that payment delays by domestic and foreign B2B customers were mainly due to liquidity issues, buyers using outstanding invoices as a form of financing and the complexity of the payment procedure. 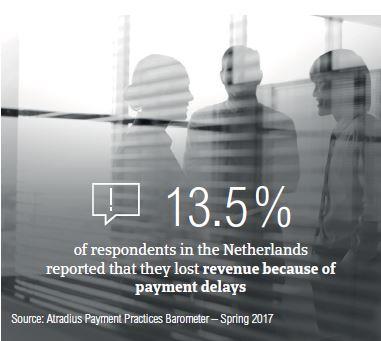 Fewer respondents in the Netherlands than in Western Europe said that they will increase protection against the impact of Brexit, the slowdown in Asia and US protectionism. 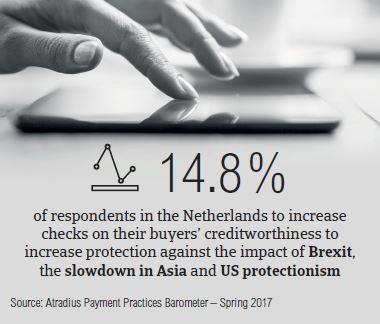 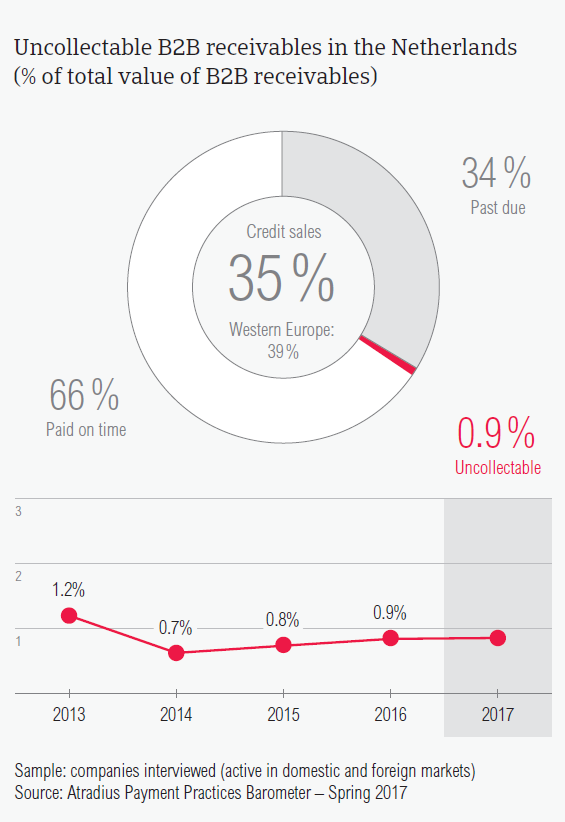 The proportion of B2B receivables reported by suppliers in the Netherlands as being written off as uncollectable (0.4% of the total value of B2B receivables) is below the average for Western Europe overall (0.6%).

Over the next 12 months, twice as many respondents in the Netherlands (19%) expect an improvement than a deterioration (9%) in the payment behaviour of their B2B customers.

Mainstream parties put to the test in Dutch elections

Against a backdrop of heightened political uncertainty, the Dutch economy is holding firm. A centre-right coalition is the most likely outcome of the elections.

Competition is high in all segments and price pressure offsets sales volume growth, meaning that the already low profit margins will remain under pressure.