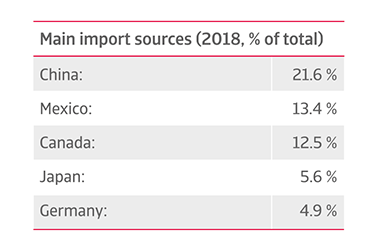 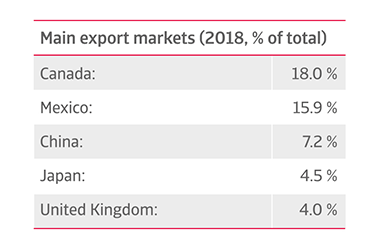 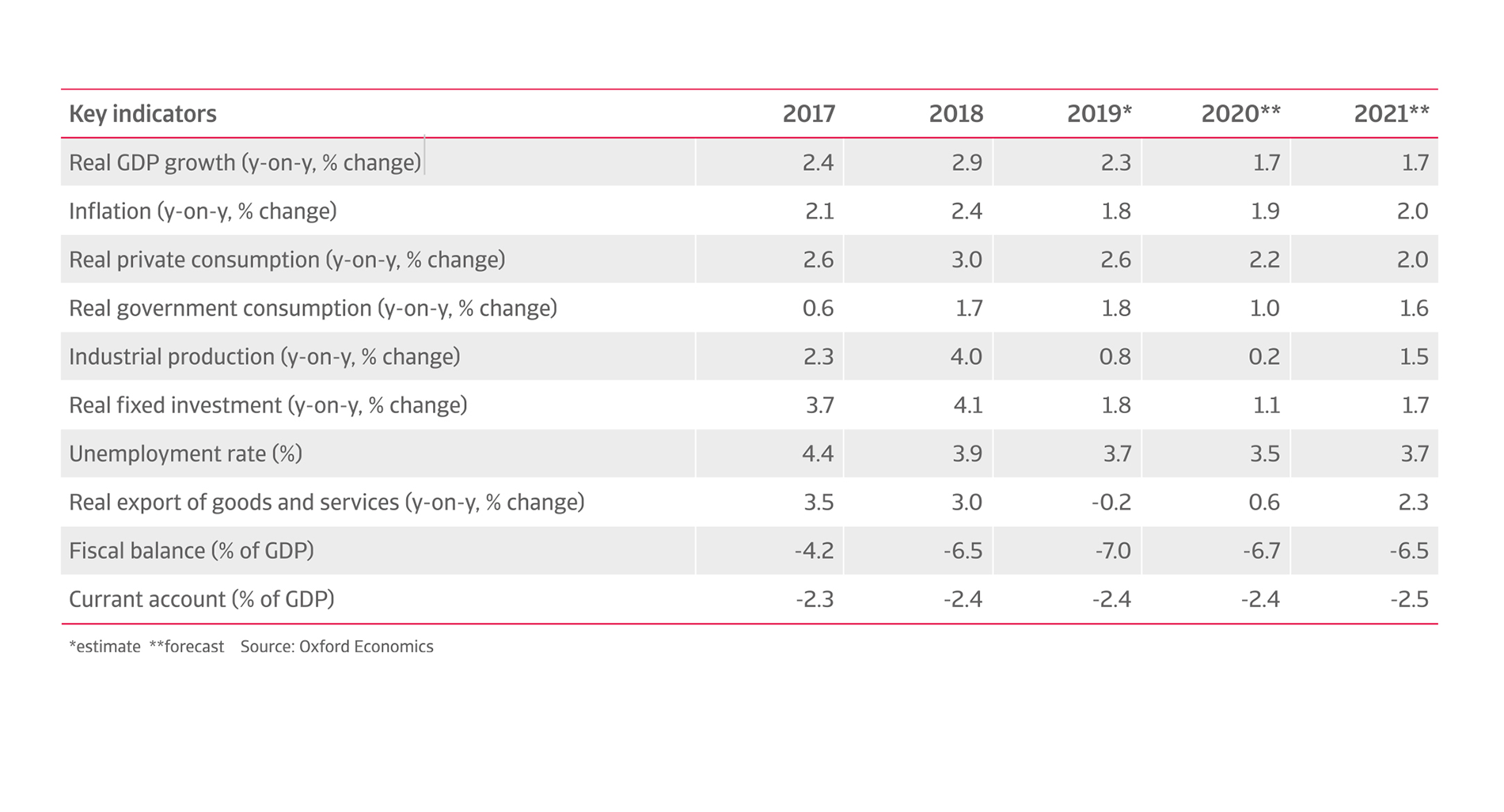 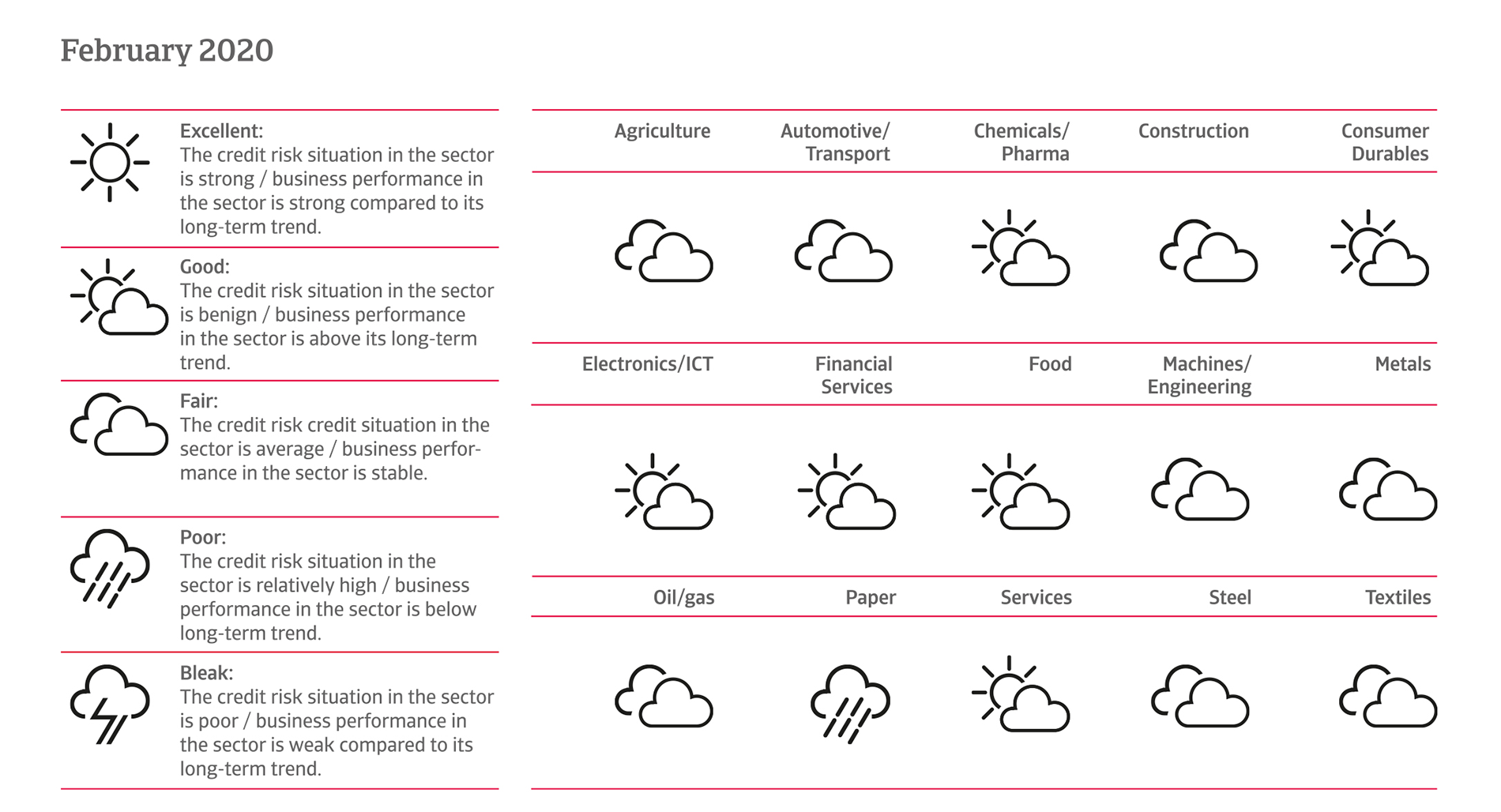 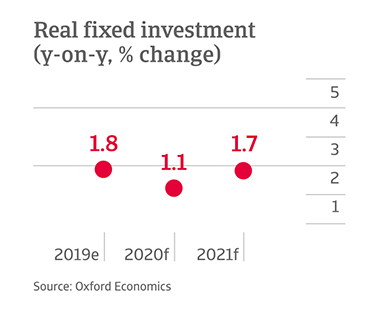 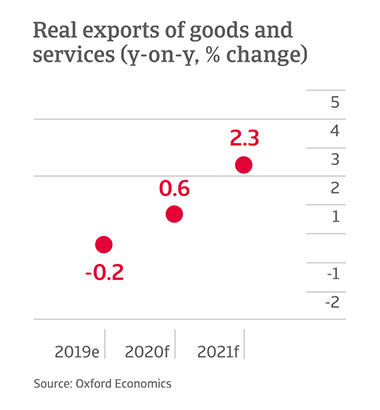 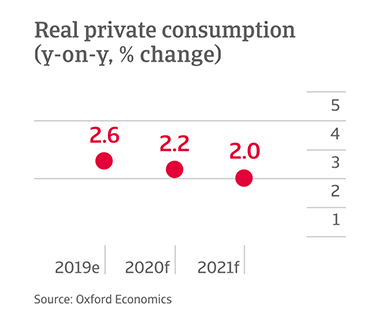 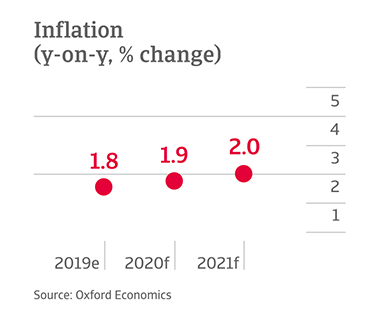 The economic expansion is losing steam

In 2020, the prospect for further fiscal stimulatory spending is limited by other political priorities amid the impeachment inquiry and challenges to cross-party policymaking in the run-up to the 2020 elections. At the same time, an industrial production downturn and trade-related uncertainty have impacted investment growth. Despite the recent “phase one” trade deal between the US and China the business environment will remain weak, as the surface-level agreement fails to offer significant clarity on future trade policy.

Business investments contracted in Q2 and Q3 of 2019, and no substantial rebound is expected in 2020. Corporate profits have been squeezed by rising import prices due to higher tariffs, increased labour costs, and lower external demand. US exports are affected by the ongoing trade uncertainty, lower demand in key export markets including China and the Eurozone, a global slowdown in manufacturing and the competitive disadvantage of a strong USD for US exporters.

Consumer spending remains robust for the time being

Private consumption accounts for more than two-thirds of US economic activity and has steadily increased over the past years, averaging 1.9% year-on-year growth since 2016. While the 2020 outlook for private consumption is less buoyant only a gradual slowdown is expected, as low unemployment, continued wage growth (although lower than in the past two years) and still modest inflation are sustaining further growth. The recent “Phase One” trade agreement between the US and China should also support household consumption growth, as looming tariffs on consumer goods were scrapped for the time being. The resilience of private consumption is sustained by the fact that household finances are in much better shape than in the lead-up to the 2008 credit crisis. US households have been deleveraging, decreasing household debt as a percentage of GDP to 75% from nearly 100%. Personal saving rates have increased substantially, from 3% in the mid-2000s to about 8% in 2019.

Given low inflation expectations, the Federal Reserve has cut the benchmark interest rate several times since July 2019. These rate cuts are largely perceived as an ‘insurance policy’ for the US economy against the global slowdown and should help to sustain private consumption growth.

Substantial downside risks could lead to a recession

The forecast economic slowdown in 2020 remains susceptible to downside risks. In absence of substantial growth contribution from investments and exports, any shock that would trigger a major deterioration of household consumption growth could send the US economy into a recession. One spark could be a stock market crash, triggered by Sino-US competition to dominate the high-tech industry. An oil price spike would also be a direct blow to US consumers as energy and fuel prices would increase. As the incumbent administration’s trade policy stance remains highly uncertain, serious trade disputes with Mexico and/or the EU would significantly strain US manufacturers.

After nine years of annual decreases, the number of US business bankruptcy filings increased again in 2019, by 2.5% year-on-year. Companies faced higher financing costs (due to the previous Fed tightening policy in 2018 and early 2019), while a strong USD and the unwinding of pro-cyclical fiscal policy had an impact. Additionally trade policy uncertainty has increasingly affected business investment as higher import costs cut into profits.

While the monetary policy loosening, underway since July 2019, should cushion US companies from a deeper downturn, this might not be sufficient to prevent a rise in bankruptcy filings of up to 4% in 2020. Higher import costs and lower investment due to the ongoing uncertainty over trade issues continue to affect businesses. Bilateral trade barriers are causing more insolvencies in the agricultural sector, while retailers, in particular, are vulnerable to higher import costs.

US corporate debt has been increasing again over the past couple of years, as businesses have had easy access to finance at low interest rates. There is evidence that many companies have taken advantage of the wide availability of capital to pay out larger sums to shareholders instead of investing in the real economy, increasing their vulnerability to economic and financial shocks. While household finances are in better shape than a decade ago, higher corporate debt and deteriorating creditworthiness of businesses could lead to more insolvencies in 2020 than currently expected. 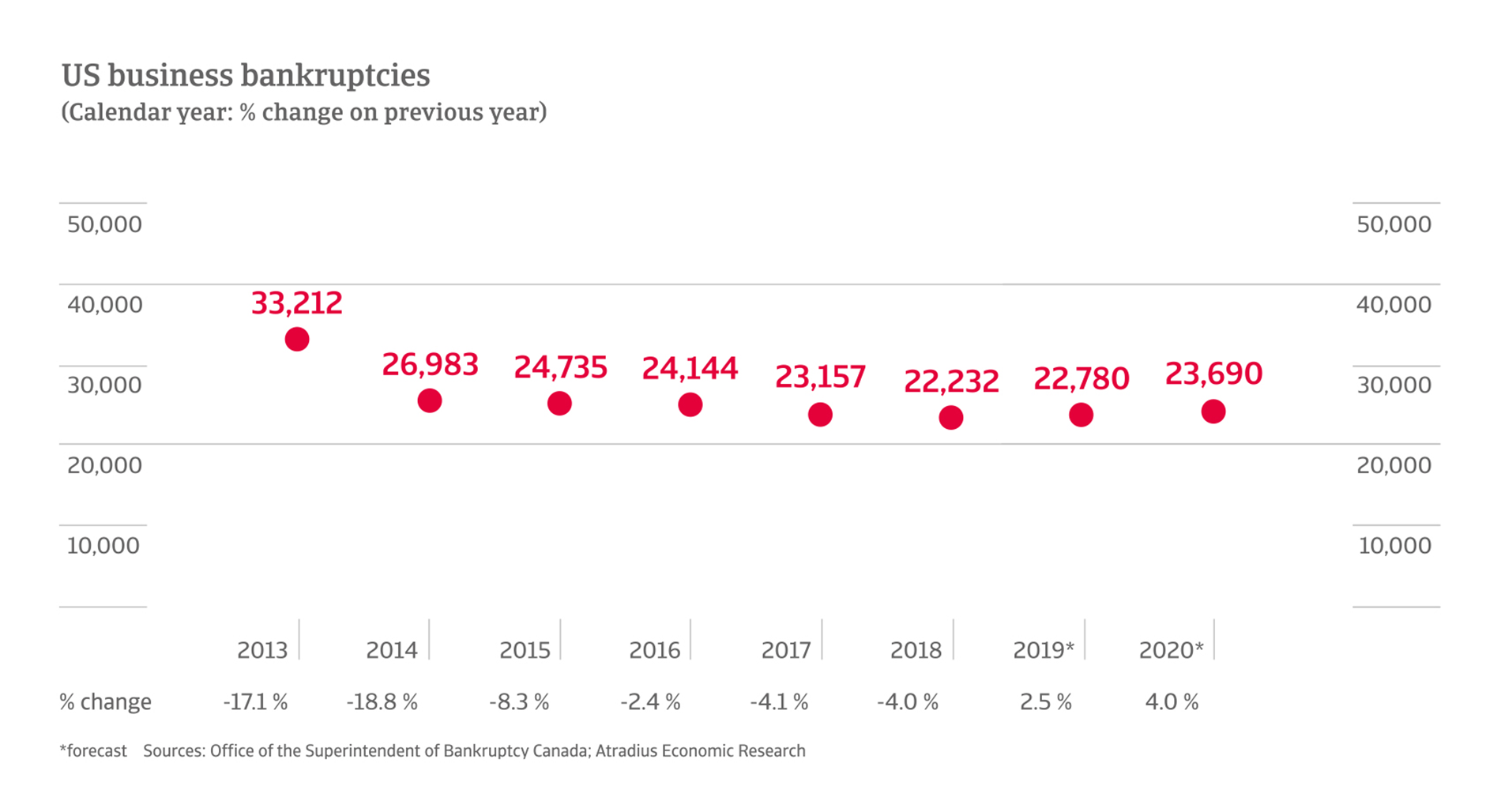 Trade policy uncertainty is one of the top risks to US businesses and consumers in 2019 that may bring the next downturn on more quickly than expected.

The US: signs of heightening trade credit risk?

Despite solid fundamentals, underpinned by persistently strong household and business confidence, clouds are developing over the U.S. economy.