Many say that the growing insecurity over the direction of US trade policy is a curse for international trade, however, it could turn out to be a boon for the EU and some of its trading partners. Currently it seems that the threat of growing global protectionism has spurred the efforts of Brussels and its negotiation partners to speed-up the conclusion of ongoing free trade agreement (FTA) negotiations. After extensive talks and negotiation rounds the marked change in the US stance has increased the pressure on all parties involved to compromise, even on sensitive and contentious issues.

Following a busy year in 2017 with the signing of CETA between the EU and Canada, there are many bilateral negotiations on the agenda this year. This includes finalising trade negotiations with Mexico and Mercosur (Argentina, Brazil, Paraguay, and Uruguay) and obtaining the final ratification of key trade agreements with Japan, Singapore, and Vietnam.

As the US steps back from the world stage, the EU is extending FTAs around the world – benefitting not only EU exporters by slashing tariffs while extending the reach of standards and regulations.

Below we provide an overview of the current state of play of individual FTAs involving the EU and industries that could benefit most from their implementation.

Negotiations were finalized in December 2017. Submission for approval to the European Council and the European Parliament expected in summer 2018.

The negotiation process has been accelerated since 2017. Intention on both sides is to finalize negotiations before summer 2018.

Extension of the current Free Trade Agreement with Mexico

Both the EU and Mexico intend to revise an FTA in place since 2000. This FTA largely covers industrial goods only, and the aim is to add agriculture/food products, services, investment and government procurement, as well as to include provisions on labor standards and environmental protection.

Negotiations process has been accelerated since 2017. The intention is to finalise negotiations before summer 2018. Negotiations have been nearly completed, however, the issue of the EU’s demand to recognize geographical indications for food products remains a stumbling block. 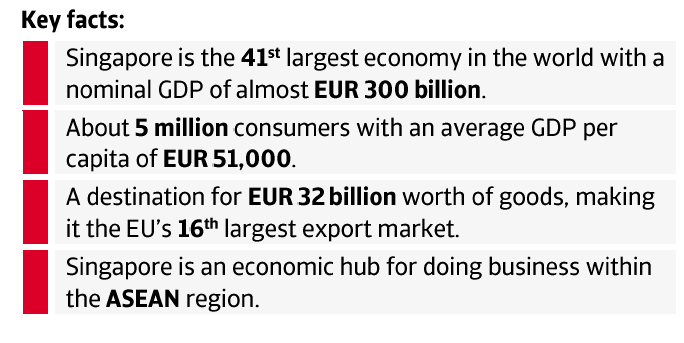 Negotiations were finalised in October 2014, but to enact, the FTA needs to be agreed on by the EU Council of Ministers and ratified by the European Parliament as well as parliaments of EU member states. The latter became necessary after the European Court of Justice ruled in May 2017 that any trade deal that includes a non-court dispute settlement system and non-direct foreign investment is a “mixed agreement” that requires ratification by the EU's 38 national and regional authorities.

Negotiations were finalised in December 2016. Submission for approval to the European Council and the European Parliament expected in 2018.

Mexico is likely to weather a storm from the North

High uncertainty surrounding NAFTA renegotiations and other US policy directions in international trade, and specifically targeting Mexico, could adversely affect sentiment and investment.