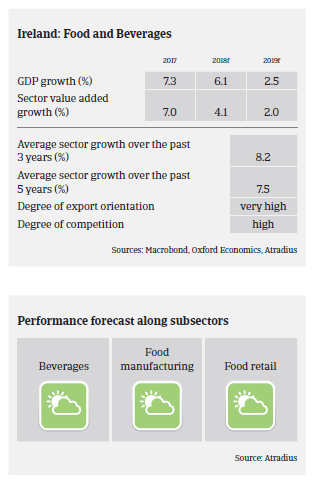 Ireland: 56.3% of suppliers felt the impact of overdues

For 56.3% of Irish respondents reported negative consequences of overdues over the past 12 months. For 15.1% of suppliers these led to revenue loss.

The UK leaving the EU without a deal would be a major disruption, causing business insolvencies to be higher in the UK and EU27.

The bright outlook presented in May has proven true but clouds are quickly gathering on the horizon. In an increasingly uncertain environment, there is no room for policy mistakes.