After enjoying declines in business failures from 2015 to 2016, Ireland is forecast to see a 2% increase in insolvencies in 2017 due to highly-leveraged public and private sectors and heavy dependence on FDI. The volatile environment and the potential shock from the Brexit may be lending to the expectations of an increase in usage of credit management tools by Irish respondents.

After Denmark (56.4%) and Greece (52.1%), Ireland has the highest average of sales made on credit terms (48.2%) in Western Europe. Moreover, there was an increase in sales on credit terms in Ireland this year. 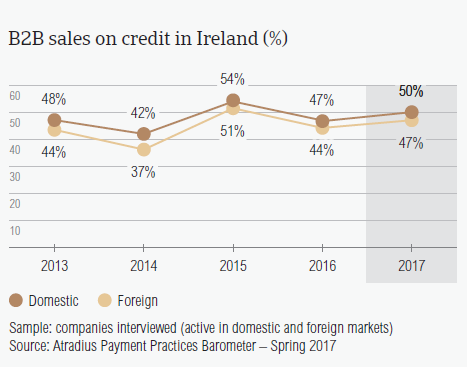 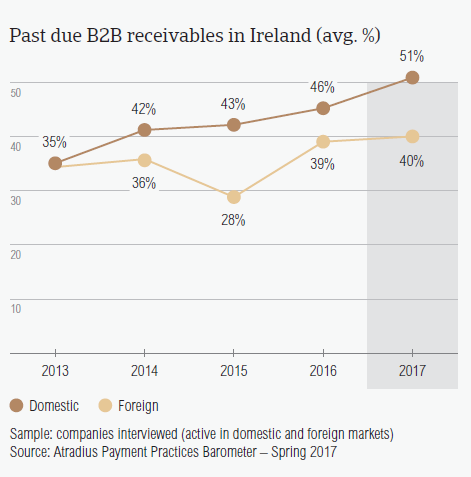 Payment delays by domestic and foreign B2B customers of respondents in Ireland increased this year compared to one year ago. 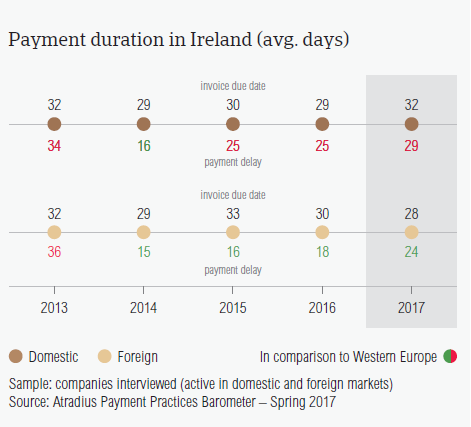 Irish respondents said that payment delays were primarily caused by insufficient availability of funds. This delay factor was stated by a higher percentage of respondents in Ireland (domestic: 59.3%; foreign: 37.3%) than in Western Europe (domestic: 52.6%, foreign: 34.5%). 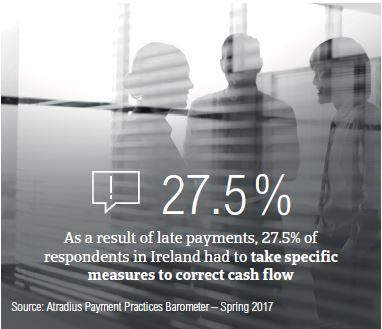 Respondents in Ireland seem to be the most concerned about the impact of Brexit and therefore more inclined to increase protection than their peers in Western Europe. The slowdown in Asia and US protectionism seem to prompt fewer respondents to take action. 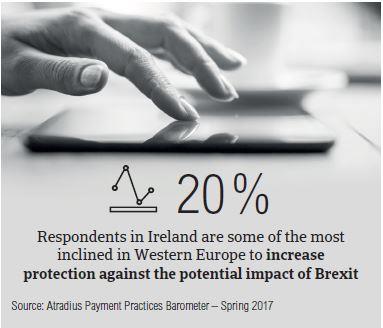 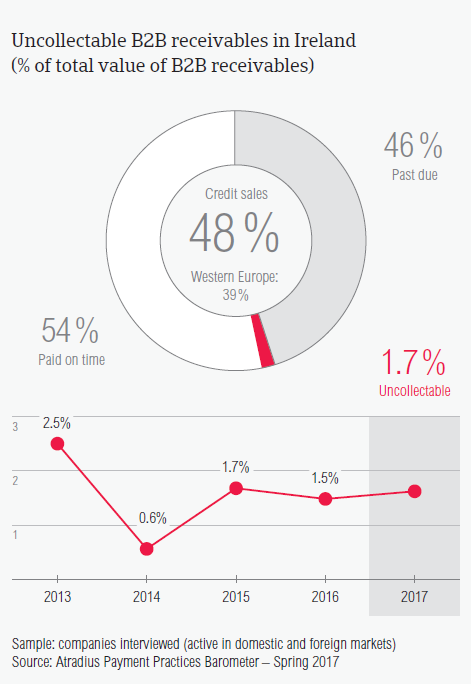 The total value of B2B receivables reported by suppliers in Ireland as being written off as uncollectable (0.8%) is slightly higher than the average for Western Europe overall (0.6%).

26% of respondents in Ireland expect a slight improvement in the payment behaviour of their B2B customers over the coming 12 months (Western Europe: 7.6%). 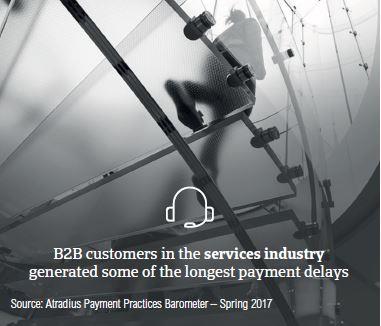