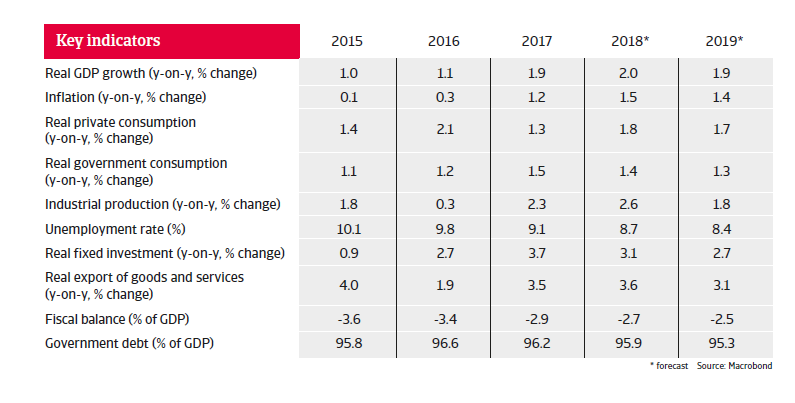 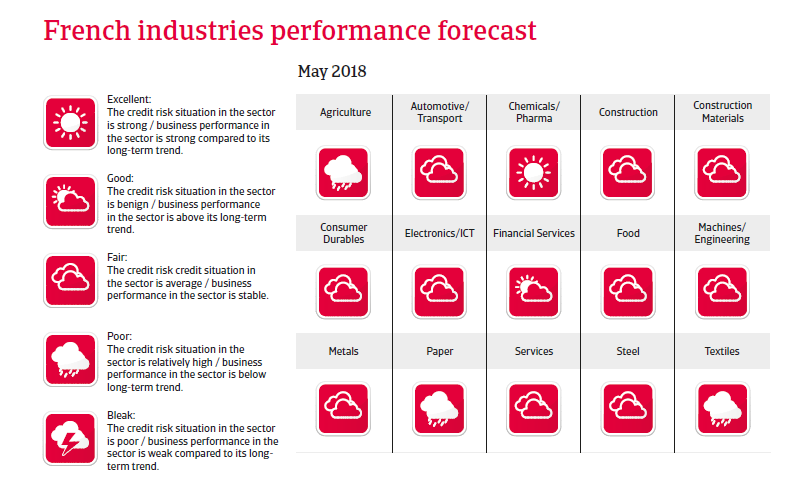 Despite a decrease  the insolvency level remained high in 2017 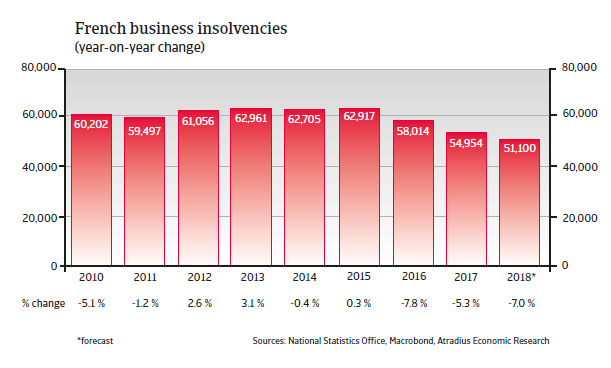 Growth finally picked up in 2017

After several years of rather feeble GDP increases of around or even less than 1%, French economic growth picked up in 2017 growing 2%. This rate is expected to continue in 2018 and 2019.

However, corporate debt has increased to more than 70% of GDP, and further increases could make French businesses vulnerable to faster than expected interest increases by the European Central Bank.

After repeatedly failing to meet the Maastricht deficit threshold of 3% of GDP, the budget deficit decreased below this threshold in 2017 and is expected to remain so in 2018 and 2019.

The sector still suffers from fierce competition with prices and profitability at a low level, while major players keep putting pressure on subcontractors.