Demand from construction and automotive as key buyer sectors has been robust in 2017, and steel price increases have been pushed through the supply chain. 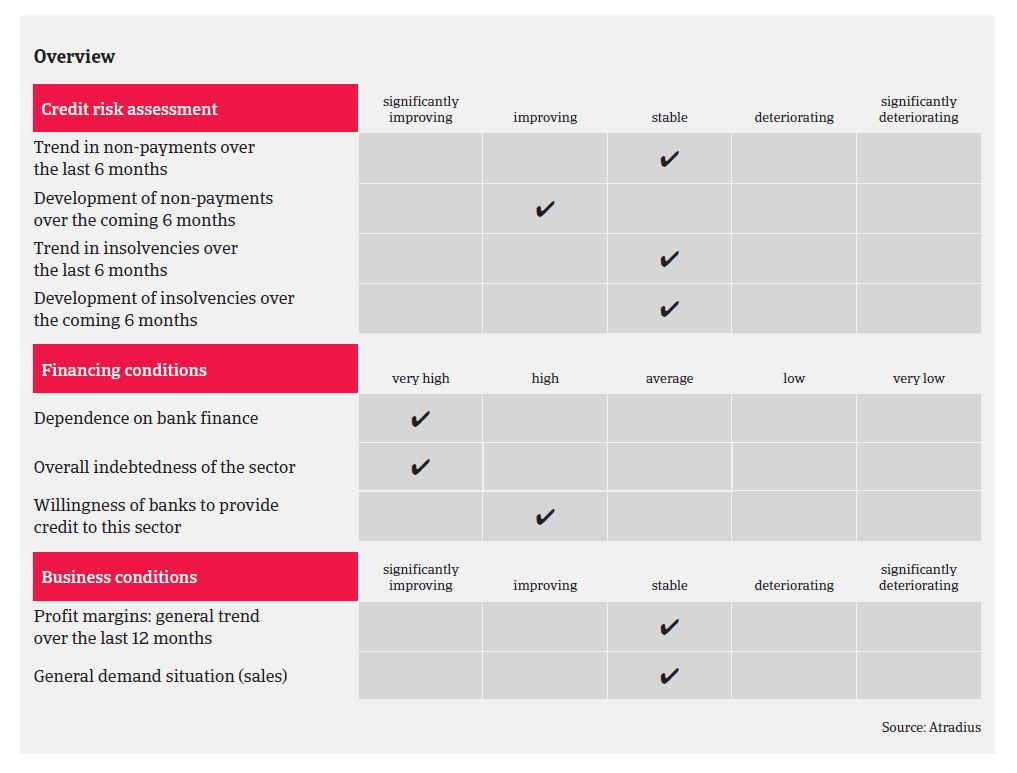 In 2015 and early 2016 the market situation of the British steel and metals industry was difficult, as overcapacity, fierce competition, exchange rate volatility, high energy costs, on-going austerity measures and increased uncertainty over the Brexit referendum outcome weighed on the performance and financial strength of many businesses. Steel prices remained depressed, largely as a result of low commodity prices, in particular iron ore.

However, steel and metals prices rebounded in 2016 as China curtailed its steel exports, while the European Union imposed import duties on Chinese steel. At the same time, demand from construction and especially automotive as key buyer sectors has been robust. High levels of warehouse inventories have been unwound, and therefore increases to the price of steel have been pushed through the supply chain. That said, according to the World Steel Association, British steel production decreased slightly in the period January-August 2017, down 1.4% year-on-year.

While the adverse market conditions in the past impaired revenues, margins, profits and cash flow of many steel and metals businesses, the rising sales prices have led to improved business margins. UK steel stockholders are mainly long established and profitable but also heavily reliant on bank finance (mainly invoice discounting) in order to have stock available as and when it is required. Usually they have low overheads, which makes them resilient to economic changes, as they are able to unwind inventories in order to free up cash. Banks are generally willing to provide loans to the industry. 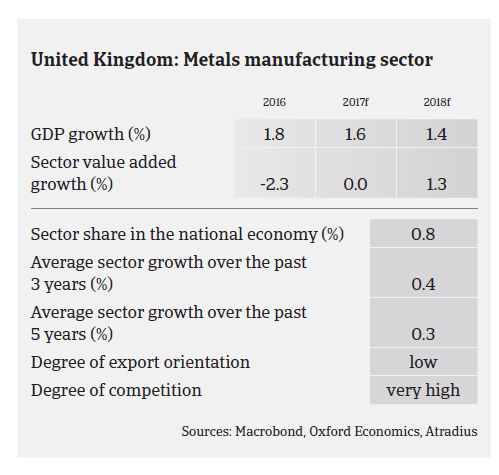 The average payment duration in the UK steel and metals industry is 60 days. Payment delays have increased in late 2016 and early 2017, however, this was mainly due to the business failure of a large automotive supplier in 2016. It is expected that non-payment notifications will decrease in the coming months, as sales prices have remained at levels higher than expected, resulting in further increasing margins. The number of larger credit insurance claims has decreased over the last six months and, while UK business insolvencies are forecast to increase 2% in 2017 and 4% in 2018, it is expected that the steel and metals sector will not follow this deteriorating trend.

Due to the improvement in businesses’ margins and the stable credit insurance claims situation we have recently upgraded our steel and metals sector outlook from “Poor” to “Fair”. However, we are still more cautious when underwriting businesses linked to the oil industry in the North Sea and/or Oil Country Tubular Goods (OCTG), as lower investments by the energy sector have negatively impacted revenues, margins and profitability of many  steel and metals businesses supplying the oil industry. 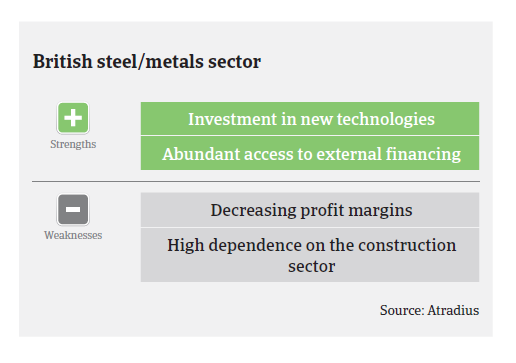 Brexit could negatively affect the British steel and metals sector in the mid-term, as subsequent economic uncertainty could trigger delays or even cancellation of investment decisions, especially in the construction sector. At the same time, any introduction of new tariffs on imported metals and steel by the EU after the UK has officially left could hurt the steel segment, as 70% of British steel exports are currently destined for the EU.

We remain mindful that steel/metals is structurally a low margin sector, with unstable market conditions, high business fragmentation arguably ripe for consolidation, fierce competition and high dependency on banking lines, where highly leveraged balance sheets can cause issues during a downturn. In the steel and metals industry the ability of businesses to process products efficiently and investment in new technology such as laser cutting and detailed integrity scanners are major assets in order to gain competitive advantages.

ICT growth is expected to slow down in 2017 as increased economic uncertainty is affecting household consumption growth and business investments.

Profit margins of British chemicals businesses could be negatively affected by domestic economic uncertainty over the outcome of the Brexit negotiations.

While UK business insolvencies are forecast to increase in 2017 and 2018, the machinery sector is not expected to follow this deteriorating trend.