As Belgium is an export-driven economy, the outcome of the 2017 elections held in the Netherlands, France and Germany – Belgium’s main trading partners - is very important. Slowdowns in one market may lead to spill-overs and heightened risks for its trading partners.

Despite a strong aversion to granting trade credit to B2B customers, Belgium saw a modest increase in the use of credit-based transactions. 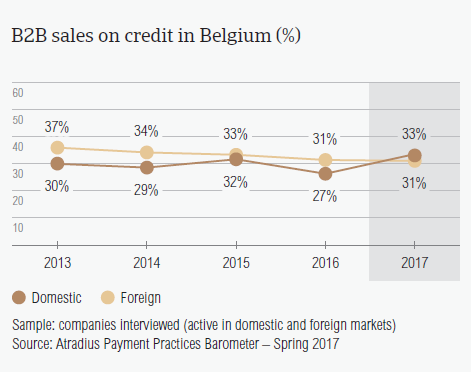 Belgium has a conservative payment culture and prioritises cash over other methods of payment. This was also observed in France (29.3% of sales on credit), Switzerland (28%), Germany (26.5%) and Austria (26.5%).

The modest increase in the percentage of B2B invoices in Belgium (42%), shows a uniform trend observed across the Western European countries surveyed. 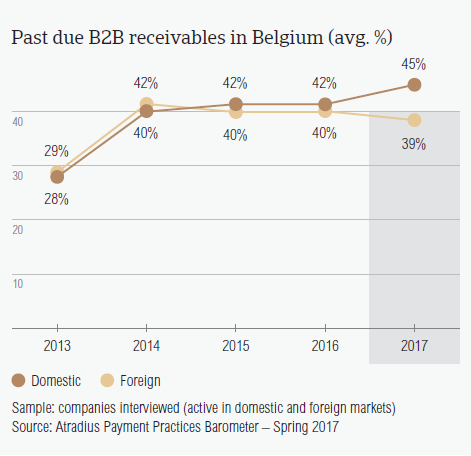 In 2017, average payment terms in Belgium remained quite stable while payment delays showed a mixed picture. The main reasons for payment delays by domestic and foreign B2B customers in Belgium are the same as those reported in Western Europe. 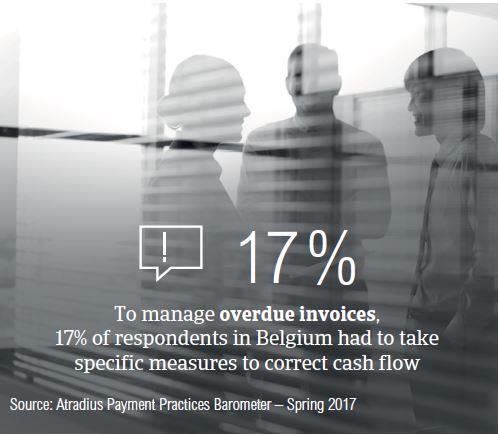 Respondents in Belgium will increase their use of credit management tools to protect their businesses from payment delays resulting from the impact of Brexit, the slowdown in Asia and US protectionism. In general, the averages for Belgium are higher than regional averages. 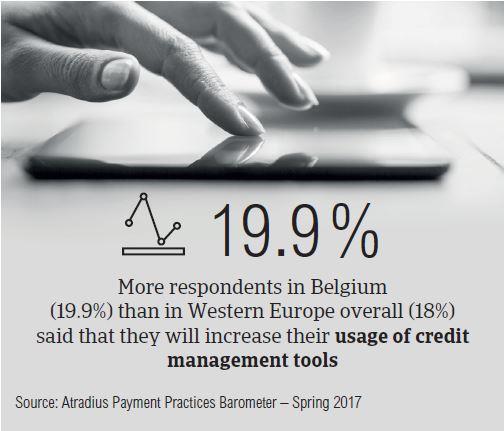 To protect their businesses against the impact of Brexit, 28.4% of respondents in Belgium said that they will check their buyers’ creditworthiness more often while 20.5% said they will retain a collection agency. Both percentages are higher than those registered at regional level (each technique with 17.2%). 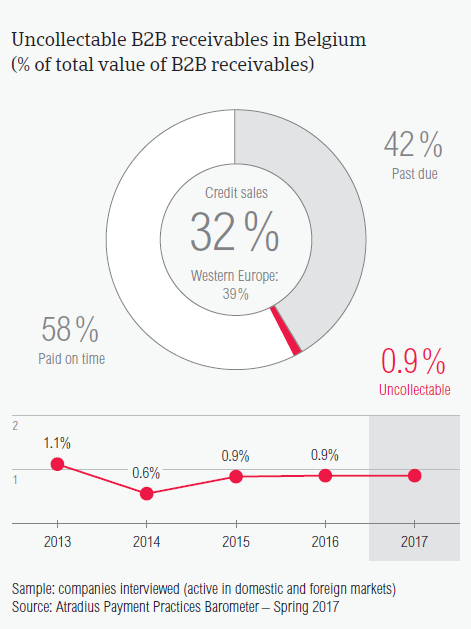 Other reasons why write-offs were made: debts too old (25%) and the inability to locate the customer (23.5%).

30% of the respondents surveyed in Belgium expect to see a slight deterioration in the payment behaviour of their B2B customers over the coming 12 months. 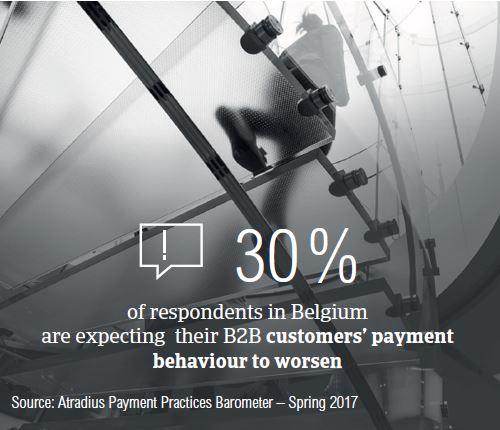 In Belgium, business failures are expected to decline by 7% in 2016. The level of corporate insolvencies will still be higher compared to 2008 levels.