After a slowdown in 2016 (2.3%, down from 4.6% in 2015), the Czech economy is forecast to grow 2.5% this year as investment picks back up and net exports and domestic demand remain strong. Despite the positive outlook, there were fewer sales on credit terms compared to one year ago.

Together with respondents in Turkey and Poland, and in contrast to the increase registered at regional level, Czech suppliers seem to have decreased their use of credit terms in B2B sales this year. 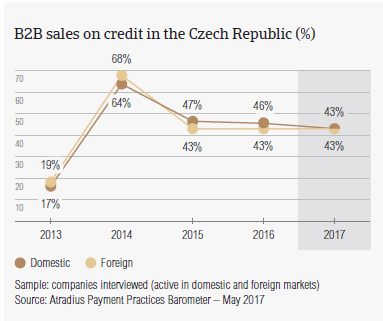 The percentage of overdue B2B invoices in the Czech Republic continued its downward trend since 2015. At 37%, the payment default rate recorded in the country is under the average for Eastern Europe overall (41.5%). 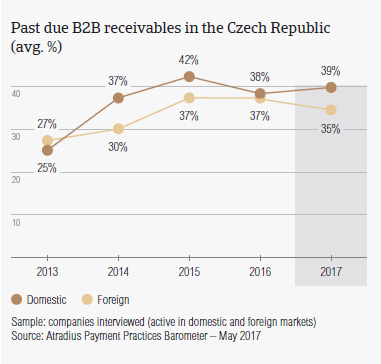 Based on changes in the average payment terms and average payment delays in the country, Czech respondents seem to take slightly longer in 2017 to convert B2B receivables into cash. 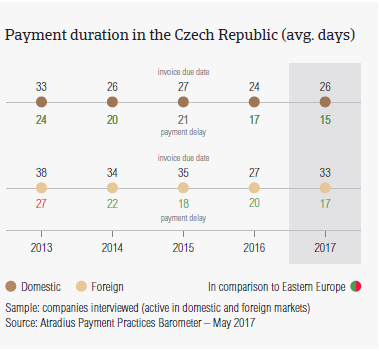 The main reasons for payment delays by domestic and foreign B2B customers of respondents in the Czech Republic differ from those stated at regional level. 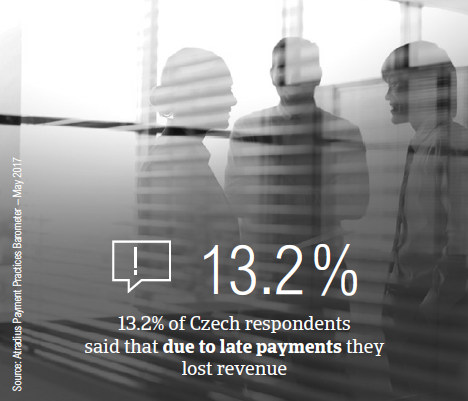 More respondents in the Czech Republic (16.9%) than in Eastern Europe (13.1%) stated they intend to do more to protect their businesses from the impact of Brexit, the slowdown in Asia and US protectionism. This was the second highest percentage in the region after that of Turkey (26.9%). 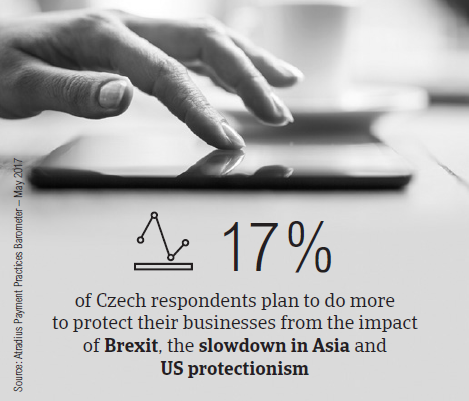 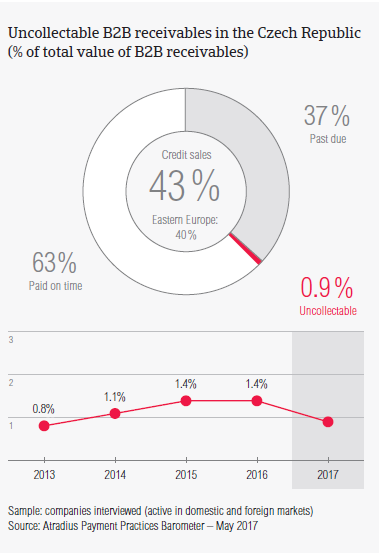 The total value of B2B receivables written off as uncollectable in the Czech Republic decreased from 1.4% in 2016 to 0.9% this year. This percentage is slightly lower than the regional average of 1.0%.

16.0% of respondents the Czech respondents surveyed expect the payment behaviour of their B2B customers to improve over the coming 12 months. A slightly lower percentage, 13.0% said that they expect to see an overall deterioration. 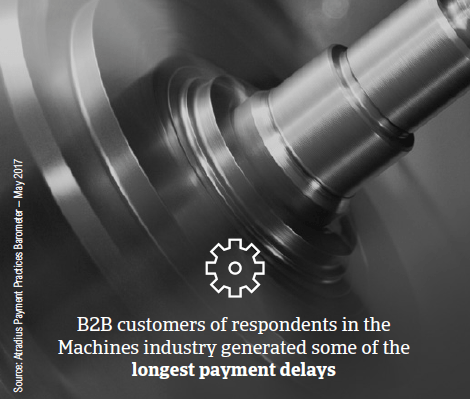