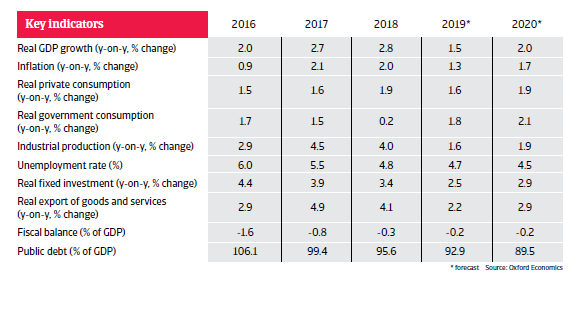 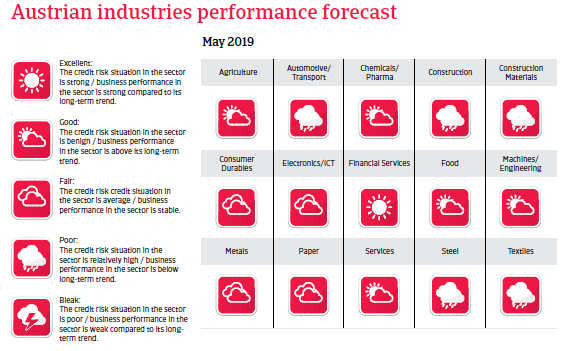 Accelerated economic growth led to decrease in insolvencies in 2017 and 2018. However, in line with a more modest GDP expansion in 2019, business failures are expected to increase slightly. 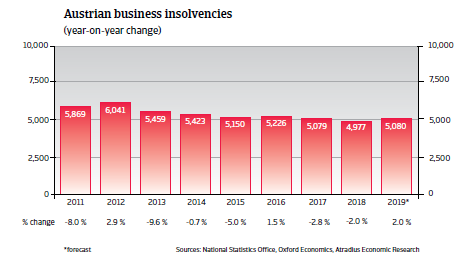 In 2019, the economic expansion is expected to decelerate to around 1.5%, due to weaker exports as well as decreasing investment and lower industrial production growth.

The indebtedness of the non-financial private sector remains moderate compared to that of other advanced countries. However, the banking sector has a big exposure to countries in Central and Eastern Europe.

92.5% of Swiss respondents said that they experienced late payment in 2018. This is one of the highest percentages next to that of Austria and Belgium.

All survey respondents in Austria (100%) reported domestic payment delays. This is the highest percentage in the region, significantly higher than in 2017.