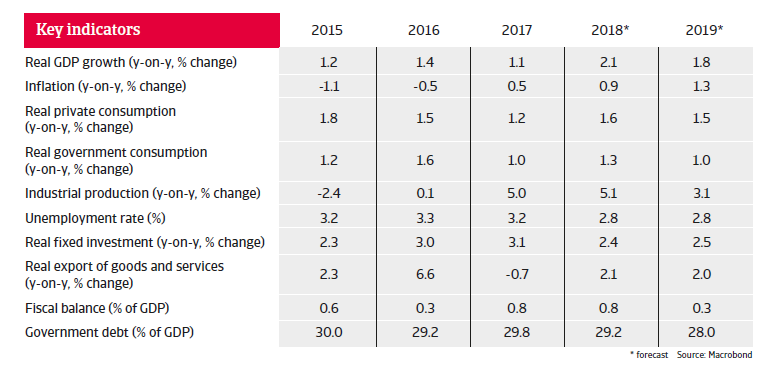 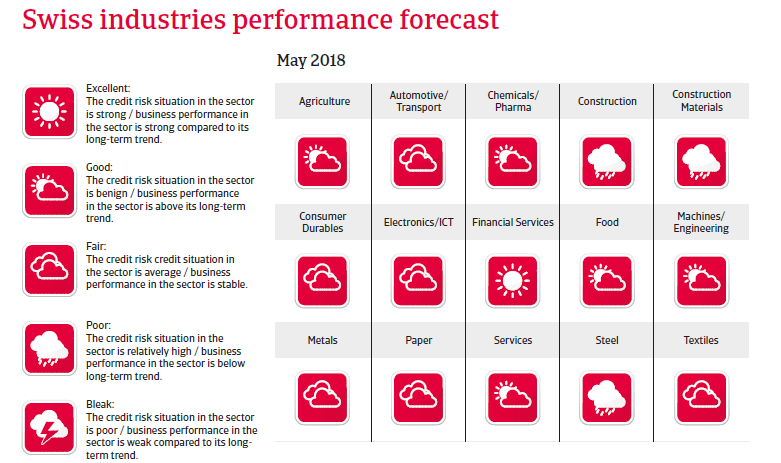 Corporate insolvencies expected to decrease, but to remain high

Since 2015 Swiss business insolvencies have recorded annual increases due to a more difficult economic environment. With the rebound of GDP growth, business failures are expected to decrease 6% in 2018, but to remain high at about 6,285 cases 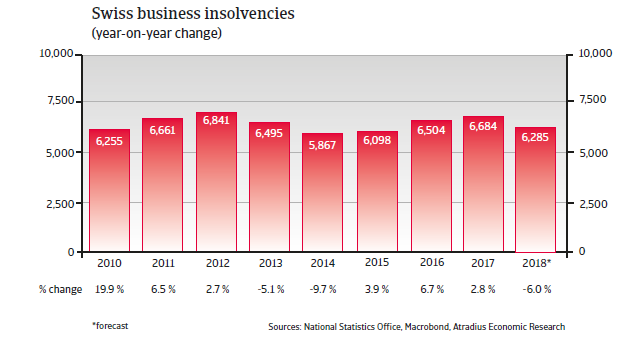 After a rather modest economic performance in 2017, Swiss GDP growth is expected to pick up in 2018 due to increased domestic demand and a rebound in exports.

Negative interest rates (the Central Bank has kept the benchmark interest rate at -0.75% since 2015) support private consumption and investment growth. Inflation is expected to remain below 1% in 2018.

After a contraction in 2017, exports (which account for 70% of GDP), are expected to increase 2% year-on-year in 2018 and 2019, helped by a surge in eurozone demand and a depreciation of the Swiss franc against the euro. The Central Bank has repeatedly stated its intention to intervene in the foreign exchange market to ease pressure on the Swiss franc.