Sweden is largely focused on exports. After facing deflation in 2015, (which made exports more expensive) the Swedish economy grew 3.5% in 2016. The forecasts for 2017 show a slowdown in GDP growth and a 1% increase in business failures. These expectations may be triggering Swedish respondents’ decreased use of credit terms in B2B sales.

After a sharp increase in sales on credit terms in 2016, the total value of B2B sales on credit in Sweden decreased again this year. However, compared to Western Europe (domestic: 42.6%; foreign: 35.1%), Sweden maintains a credit-friendly approach. 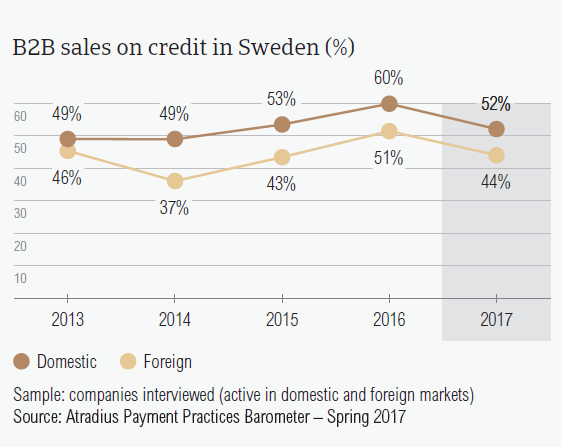 Similar to what was observed in 2016, respondents in Sweden reported some of the lowest rates of overdue B2B invoices in Western Europe. 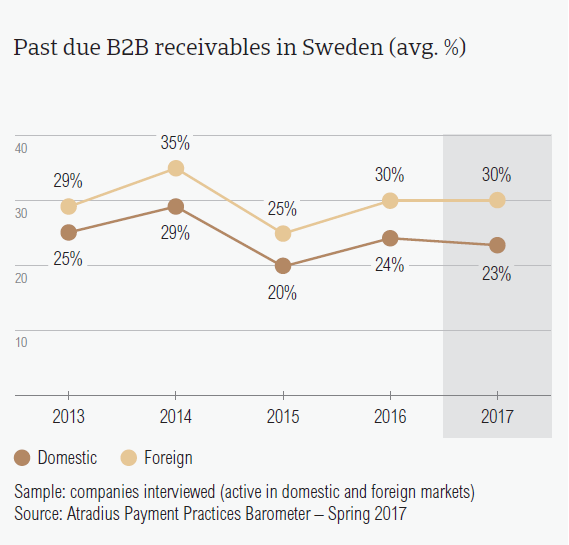 The average payment terms extended by respondents in Sweden remained relatively unchanged in 2017. They are also some of the shortest in the region. 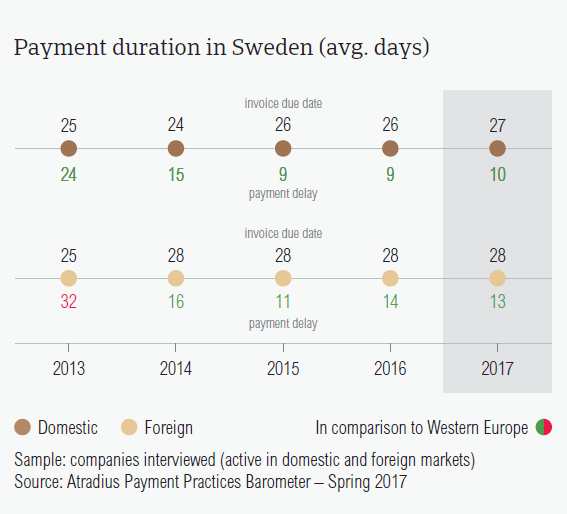 40% of respondents in Sweden cited buyers’ use of outstanding invoices as a form of financing as the primary reason for payment delays by their domestic and foreign B2B customers. 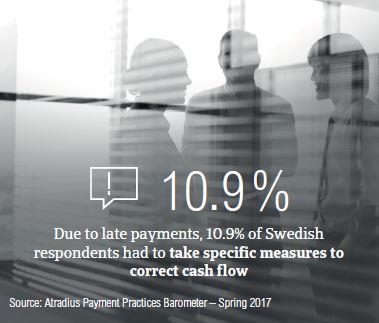 Among the Western European countries surveyed, Sweden had the highest percentage of respondents (57.3%) who said that they will continue with their current mix of credit management tools even in the face of developments such as Brexit, the slowdown in Asia and US protectionism. 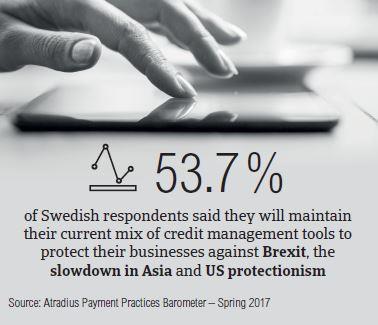 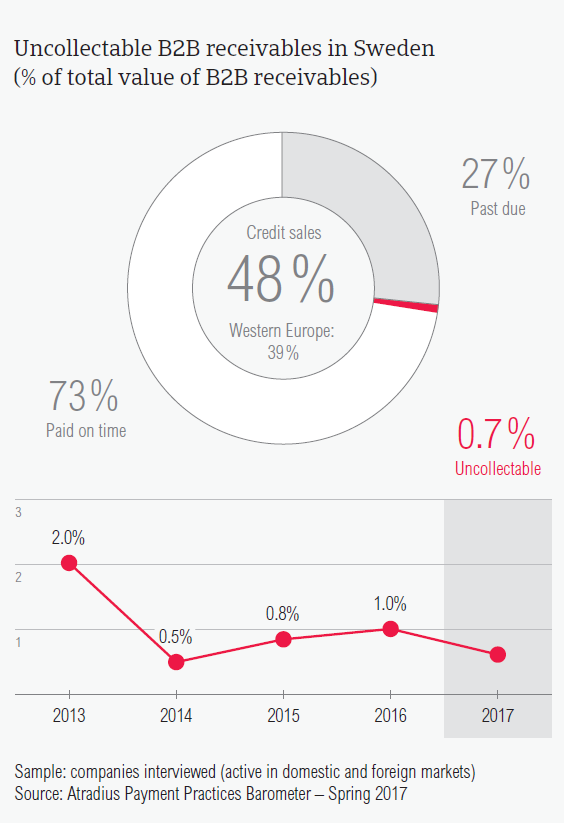 Most respondents in Sweden (68%) do not expect changes in the payment behaviour of their domestic and foreign B2B customers over the coming 12 months. 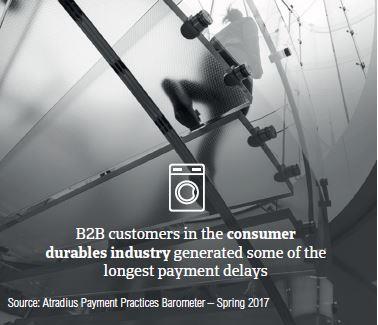 The risk of a downturn in the domestic real estate market could dampen higher growth prospects in the furniture and domestic appliances segments in 2017.